2004, BURNING BLACK were born. They begin to attract the attention of the worldwide Metal underground, after the release of their two demo CDs “Smell The Fire” and “Fight To Dream”. The demos are the perfect door openers: very soon, the band has a record contract for their first album titled “Prisoners Of Steel”, an epitome of uncompromising Heavy Metal.

Every day they receive great and positive reviews. They are honored to tour with national and international acts, playing with Volbeat, U.D.O., Primal Fear, Bonfire, Rage, Circle To Circle, etc (just to name a few).
Besides all these gigs, they record some demos for the second album proving their skills in songwriting and arrangements. In their new work they include fresh elements with more rough & tough sounds than before.

For this album called “Mechanic Hell”, they sign with the German Label “Limb Music” and, as soon as it is released, immediately doubles the sales of his predecessor. A big reward arrives when the legendary American producer Beau Hill (B. Dylan, E. Clapton, A. Cooper, Europe, Warrant etc.), after hearing the song “Purgatory Child”, contacts the band to do a remix. It becomes the first single taken from the album.

BURNING BLACK, after a headliner tour in Italy, Austria, Slowakia and Hungary, are confirmed as the opening band for the European tour of the Finnish monster rockers Lordi. The tour hits Italy, Switzerland, Germany, the Netherlands, France and Spain, and it gives to the band the chance to play in bigger venues than ever in front of sold out crowds.
At the end of this series of shows, the band focuses on the composition phase and construction of what will be their third album. An album that exudes sacrifice, tears and blood, but at the same time determination, passion and the will to never give up.

The title is “Remission Of Sin” and his listening can only take the listener by the hand and accompany him beyond the mirror where the reflection is that of a person who is humiliated and mocked. Beyond the mirror there are five musicians who have stories to tell and scars to show. Nothing to hide, because only those who face adversity with passion and consistency has the right to walk proudly with their heads held high, without waiting and without fearing anything.
“Remission Of Sin”, no compromise.

Honour and truth to us! 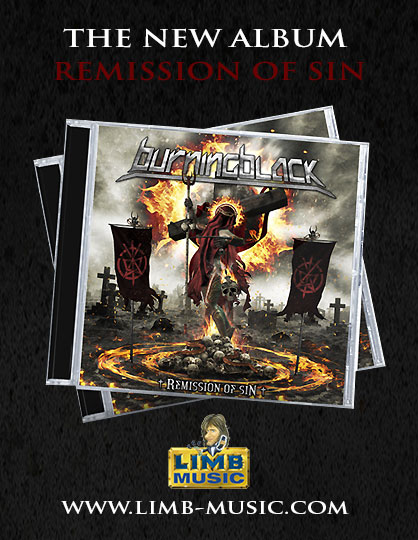